Today I had the oppurtunity to view the film; Fantastic Mr. Fox. I went in with an open mind and no preconceptions, in order to come back and write a quality and accurate review.

Fantastic Mr. Fox is a PG rated family film that was released to theaters throughout the USA on November 25, 2009.The award winning film was directed by Wes Anderson, the novel was written by Roald Dahl, and the screenplay was written by Wes Anderson with assistance from Noah Baumbach. It received 7.8 stars on the well known IMDb.com, and won the Cristal award for best feature film in 2010. 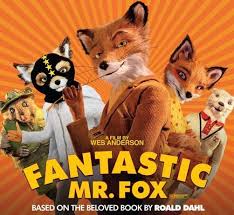 The animated adventure-comedy stars George Clooney as the wild and adventurous Mr. Fox who has to change his familiar lifestyle when he learns that his wife Mrs. Fox, played by Meryl Streep, is pregnant with their first child. He has to leave his old bird-stealing life behind for a new, better-paying career in order to support his now bigger family. The story then progresses to a 12 year old Ash, the son of Mr and Mrs. Fox. Mr. Fox is no longer happy with their living arrangments so he seeks a new one where everyone can be happy. The family happily moves into their new home, where Mr. Fox soon falls back into the pattern fo his old life, the one he'd promised Thereave behind. Not long after, Mr. Fox finds that he's put not only himself, but also his family and friends into harms' way. He has to figure out a way to outsmart the enemy, but can it truly be done? 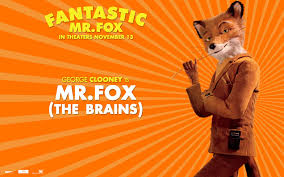 I found this film to be interesting, especially since I normally do not gravitate so much towards animations and such. There's definetely an element to this movie that gives off something so that everyone can enjoy the film. Astounding performances came from all of the characters but some exceptional acting comes from George Clooney, Meryl Streep, and Eric Chase Anderson. 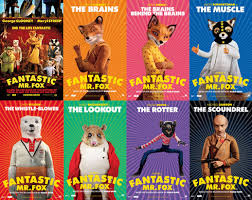 If you're looking for a good Friday-night-movie, then you should definetely choose Fantasic Mr. Fox. No matter if you're an action lover, a mystery person, or even a comedy watcher, you're sure to love this film. I enjoyed the film, and found it to be a film for all ages, with a heart warming story of how a family grows closer, a true family movie. 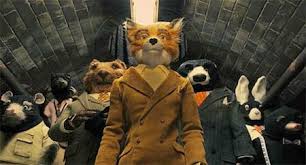 This is a wonderful review! I definitely have to check out this movie.