Today Miriam,Marisol and I presented at the 4th Annual Mother/ Daughter Conference at Americas High School. It was awesome!!!!! Our sessions were full, we stayed within our time limit and everything was PERFECT!

It's saturday night, ready to go out and have some fun but just before I wanna say

To Miriam and Marisol for helping me, your promptness, and good attitudes were very much appreciated...no one can do something… Continue

One of the many themes that have become clear in this voyage is that of women and their role in society. To begin, I think it starts in the home. What role does your mom play in your household? A huge one, I bet. I know that without my mom, the strongest pillar of the family unit would crumble. Her role in making income, taking turns preparing meals, cleaning when my lazy siblings don’t, and offering motherly warmth and advice only moms can is priceless. Although the activities that are… Continue

Pak’chen (no one is quiet sure what it means) is the name of an amazing cenote located in the ejido of Felipe Carrillo Puerto. In previous blogs I have gone off about the beautiful ‘cenotes’ of Yucatan as well as ecotourism. This is a clear example of a ‘cenote’ destined to become an attraction, but that has yet to transform itself into an ecotouristic hotspot. There are so many of these beautiful waterholes that, in places where a large amount of property is owned and not fully surveyed yet,… Continue

First 2 weeks, of my 2nd semester

Crazy, interesting and exhausting. These words are some that come to mind when I look back on my first couple weeks back at UTEP. Like with many things in life, you think you've gotten used to something, chameleoned your way into the scene, etched it into you mind and said you know it like the back of your hand. Just when you start to feel confident, you realize, "whoops! i have still have lots to learn." UTEP is just like that. I'd forgotten how high the hills can get, especially if you only… Continue

I'm still not over the fact that my nights are now Conan-less ( I loveeeee him) and now I come to find out that ABC has decided that this will be the last season of Ugly Betty!
It was the show for us Latinas. None of those stupid George Lopez antics, Ugly Betty gave America Ferrera to the non-spanish-speaking world!
Ugly Betty provided young Latinas a real role model to look up to. Who will we look to now? And please don't say Eva Longoria, whose character is a pseudo sugar-baby on… Continue

Jaguars in the Jungle

Not too long ago I had the privilege to venture out to a little known Maya cenotes. As I explained in prior blogs, cenotes are luscious waterholes found all over the Yucatan peninsula. They exist due to the karst topography that characterizes the region. Likewise, there exist a large amount of underground caves that sometimes give way to a cenote. These are filled with enormously impressive stalactites and stalagmites in various shapes and sizes. The first cenote that I was invited to go to is… Continue

I am writing this blog today to create awareness. I just want girls to know the importance of keeping focused and not losing track of what you want in life. You could say I was the typical spoiled brat. I graduated from a catholic school and I was the first person in my family to go to college, so I was even more spoiled! I was a psychology major and on my way to succeed, when I got distracted. My parents never asked anything from me. They gave me a nice car, money, clothes everything I could… Continue

At night it gets rather cold. The rural landscape, away from the warmth of motors, lights, and masses of people, causes lower temperatures when compared to the city. Additionally, the fact that there are no beds and we sleep in hammocks – knit hammocks for ventilation in the summer – makes the situation breezier and cooler. Only a small supply of blankets exists in each household. Whereas we tend to have a closet of extra sheets and blankets at home, here everyone (if that) has one small… Continue

Hola! Does anyone have a garden? In Austin I keep a small plot with some friends at the Alamo Community Garden. Luckily they have been taking care of it; from what I hear, the weather has been a tad cold so the plants required some cover. The weather in Merida has warmed up considerably – though it never got quite cold, at least in my opinion – and I am told that it will remain this way. A pathetically short winter if you ask me though I am not complaining. Returning to the garden topic, I find… Continue

Vote for YSA on Best Buy's Big Give
Best Buy's @15 Big Give competition and virtual philanthropy initiative ends on January 30. That means teens, ages 13-18, only have nine more days to earn points and donate them Youth Service America. As a Lead Agency, grantee, teacher, youth, NSB reader, or someone who just loves YSA, this is a great opportunity to help us make $250,000 that we will use to engage children and youth all over the world in service and service-learning initiatives. To earn… Continue

Should I be stressed??

Okay so I am having a quinceñeara and I am thrilled but will I be able to get stressed for the whole planning thing? Cause I already started to get stressed about my quince practice yesterday (Sat, Jan 23) and I was all stressed about if this kid was coming or not... so yeah but I'm still excited for all this planning and doing practices:) So a question who had a quince, or just know advice. Should I be stressed?? Well to give a sneak peek here is my quince dress... …
Continue

Hello ladies! Pardon my delay, I have been in the ejido in these past weeks and there is no internet, not even a cell phone signal. This seeming lack of technology is more than made up for with the amount of roaming pigs, cows, chickens, turkeys, and chickens. The ejido has been graciously open with me. At 5’4 I am actually tall compared to everyone else, so that – along with my lighter skin, nose ring, and ‘western’ clothes – make me stand out a tad. Despite this, people were very welcoming… Continue

Hey guys so I have been very busy since the holidays,getting ready for school and everything. School has finally started and i am already stressed out... homework and all. :( i hope that everyone is getting settled in with school and that it gets fun! The reason for my blog is that through all the hectic times Latinitas have been everywhere! haa its crazzzy they are at school, in my classes...its pretty cool. I was at school for the winter mester and I had a famililar face in my class, turns… Continue

Conan - your era is over

I can't say it enough - where are all the ladies on late night TV? That's why your ratings suck Tonight Show - you have never considered 50 percent or more of the population and the jokes and interests she might be relate too. And, the funny White guy thing is so done. George Lopez and Chelsea Handler stole your audience Conan....it's not Jay Leno's fault. His show stinks too! 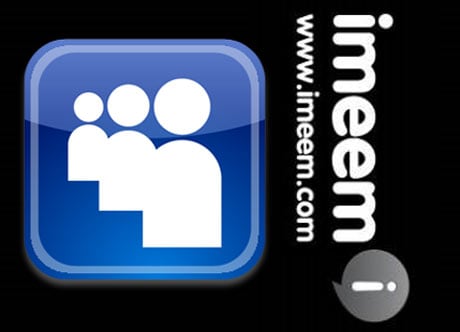 The recent and sudden end to imeem still has me shocked. The online music service had the largest variety of songs (from mainstream/non-mainstream artists) that I've ever seen. Pandora--no match for imeem. On imeem, users could search songs by artist or song name and could find related songs (a great tool for discovering musicians/songs and expanding your music tastes). Playlists and favorites were other helpful features. Users could also explore other… Continue

New Secondary and Higher Education Graduate Fellowships to Launch in 2010

Junior Year is a Critical Time for College Prep

Junior Year is a Critical Time for College Prep

College admissions today are becoming very competitive, and understanding what you need to do to get ready for college is sometimes the toughest part of the preparation. While most college application deadlines have passed for high school seniors, juniors are in the beginning stages of the college process — researching colleges, meeting with guidance… Continue

Tips for Planning a Perfect Quince

Believe it or not, a lot of planning goes into a huge party like a Quinceanera - it’s a complicated process and if you aren’t prepared you can easily get overwhelmed.

Sandy gives the following tips to plan a great party, while still staying sane and keeping on budget.
-Set an event… Continue