Attached at the Lips

Movies like "The Notebook" and "A Walk to Remember" give us girls high hopes of finding the perfect love and sticking with that special person forever. But what about stories that inspire us to be great and achieve our full potential? Sometimes, the media and entertainment feed us these ideas of becoming a part of some fairy tale love, when in reality we need to fall in love with ourselves first.

Self love is so important to me and the way I approach every aspect of my life.…

On this tragic day in 1995, Selena Quintanilla's reign as the Queen of Tejano came to an unfortunate end.

The first song I ever remember hearing was Como La Flor and, to this day, is one of my favorite songs of all time.

Even though I was so small, my memory of seeing her on TV is still there. When the movie Selena was released, I saw it at least 15 times before the age of 5. To this day, I still cry at the end.

What's important is to remember…

How I feel about the STAAR test

Time to show off that brain power

To all of the Latinitas taking the STAAR test this week,

You have been learning all year for this test so don't worry because now it is just your chance to show off what you have learned. It will be over before you know it and you will feel so good about accomplishing this. Remember to take your time because it does not matter who finishes first. You are not competing with anyone but yourself so just do your best and stay calm. You are not alone, everyone in your grade is…

What Reilly elementary is going to do if we pass the STAAR test !!!!

what our principal is going to do to the kids that pass the STAAR test is that she  is  goin to take us to Austin  Park  n Pizza!!i am very exited of that we have to pass it to  go  to austin park n pizza  in may . witch means that it is a end of the year party in austin park n pizza !…

Iam feeling excited because if i pass i get the day off and i get to spend alot of time with my freinds.We get to leave at 9:00 and maybe come back at 5:00.It is going to be so fun. 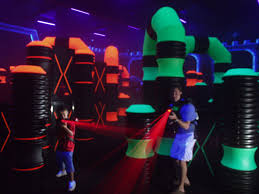 When i go to that place i going to faint because i did past but not yet i have.When i go there the first ride i am going on is lazer tag.It is like tag but you are using lazer and you use a vest with a dot in the middel.

what i feel of the STAAR test

I  feel very nervuos of the test because  last year i had extra time  with my test , and now i only have 4 hours !!!!! at fist i thought that i was not fair . but my teacher told me that it was because i moved from being bilingual to only taking test in inglesh .…

How i am feeling about my staar

How i am feeling about my staar is a little nervous because it is a really BIG TEST.I feel like there is nothing i can do to get out of it except for staying home.But then if i stay home i would cause the whole school to not go outside or go to speacials.I would have to take the test on a diffrent way.

MY thoughts about the STAAR test

MY thoughts is that I think that i'm not going to do well .But I know a way how to calm down when I am doing a long test .First before I get started I take belly breaths .Oh and bring a snack if you can ,have a good breakfast,and get a good res…

César Chavez, is a revolutionary who lead the National Farm Workers Association in the 1960’s. Diego Luna, a Mexican American actor/director had high hopes when taking on the honor of to capture Chavez’s story on the big screen. For critics the film has several things that just didn’t work.  Did ‘Cesar Chavez’ do the man behind movement justice?

Keep Records of EVERYTHING

Now that I am graduating, it is always amazing to reflect on where you were before you started any big journey. And, since Middle School I always kept a journal or notebook where I wrote down big events. I also love taking pictures to remember important moments in my life. Well, I am so SO grateful I did. Because going back and reading my fears and goals, has given me that motivation needed to finish the race strong. To be able to see how far that race really was, as well as to see all the…

When your in college it is sometimes difficult to keep in touch with your friends from back home.

It is understandable, though.

I keep my day planned in a day planner. It makes it easy for me to remember things and it makes me feel accomplished when I am able to take a task off my to-do list.

But sometimes there a lot of thing to do. I am involved in three organizations, have two internship, have one work study job, and am taking 15 hours of school.

A Pet While In College??

So of course, on-campus dorms don’t usually allow pets such as dogs and cats. So, during my freshman year in college I didn’t have a pet and I certainly missed my dogs back at home. They add a type of happiness to your life that only animals can give. Well, we were allowed to have fish as pets, but hey, you can’t cuddle a fish, right?

Sophomore year of college came around and I was still living on campus—biggest mistake, just saying. So, again, I wasn’t…

Cesar Chavez : More than a movie

The recently released movie Cesar Chavez delivered on so many levels. I, for one,learned Diego Luna is more than a pretty face in Mexican cinema, but is also an important director, someone who grew up outside the American experience who could see the value of telling one of our most important histories.  If any of you are taking a social studies class right now in 6th, 7th, 8th grade or high school you are probably learning about a lot of men named Washington, Jackson and Madison…

Cesar Chavez : More than a movie

The recently released movie Cesar Chavez delivered on so many levels. I, for one,learned Diego Luna is more than a pretty face in Mexican cinema, but is also an important director, someone who grew up outside the American experience who could see the value of telling one of our most important histories.  If any of you are taking a social studies class right now in 6th, 7th, 8th grade or high school you are probably learning about a lot of men named Washington, Jackson and Madison…

I am currently attending Texas A&M University, and every year around this time, they hold The Big Event, which is where aggies come together to help others in the community as a “Thank You” to them. Today was that day and it was a privilege to take a part in it. There were 20,000 aggies this year who participated in this voluntary service. I participated as a part of the SPJ (Society of Professional Journalists) group and had a blast!

The Experience of Hijabi Muslims

I hope everyone has had a marvelous week and weekend. I wanted to take some time to talk about a project I did with some friends for our journalism portfolio course. This course is one of the final requirements before graduation. While I am the only junior in this class, it has been an incredible experience to learn from all of my fellow peers and create amazing projects with them.

The link to the project I want to talk about is below. It is called "The Experience…

Last night Latinitas gave me the opportunity to attend an advanced screening of the Cesar Chavez movie put on by HABLA. It has been a while since I've been excited about a movie, and I must say this is a movie to be excited about! I could feel the anticipation of the audience as we prepared for the film by chanting some of the same chants that would appear in the movie. We wrapped up with a very enthusiastic farm worker's clap and…

when I grow up I want to be a doctor because... I feel really good when I help people.I want to be the kind of doctor who delivers baby because I think It would be amazing to see a baby being born ev…

when I grow up I want to be a doctor because...

I feel really good when I help people.I want to be the kind of doctor who delivers baby because I think It would be amazing to see a baby being born every day.I don't want to stand there and watch I want to help…